For the past ten years Anton and Arian have collaborated designing and developing products and commercial interiors for manufactures and clients worldwide.Their specialization is focused on the wellness and beauty industry where they have designed some of the most innovative furniture products in the market. They also have developed brand architecture for top luxury shops in both the United States as well as Europe.

Alberto Ghirardello is a designer that lives and works in Milano, where in 2013 he opened his own studio working on the full spectrum of design, from product to graphic, packaging and illustration, for several companies both in Italy and abroad.

Aldo Coppola is best described as a romantic visionary. By 1991 he opened his first atelier, which was designed by Phillip Stark, a bold innovation at the time. After expanding with many more branches under the Coppola name, he launched a one of a kind salon, Kingdom of Beauty, designed by famed Marcel Wanders. His future plans are in the development of new products and beauty concepts. Amongst this he has now turned his hand to furniture design and wallpaper collections.

Andrea Parisio is best known as the chef of the revered Meridiani brand. After much consultation to furniture design houses and working as an independent interior designer himself, he launched the Meridiani in 2000 internationally.

He developed his skills as a freelance graphic designer in advertising, collaborating with leading agencies before encroaching on and fusing with the world of video-making and photography. His creations display the distinctive characteristics of his personality and his passion. Gaudy colours, contemporary lines and street style make his work immediately recognisable and capable of adding character and a sense of fun to a room.

Eclectic designer of various interests and heterogeneous background, she has extensive experience in multiple fields: retail, hospitality, illustration, packaging. For 9 years she has been the creative director at the “Matteo Thun and Partners” international studio in Milan.

Born in Venice, this quietly intrepid genius graduated from the Academy of Fine Arts of Venice, already as a well-known artist. He has produced exhibitions and solo shows in major cities; Barcelona, Los Angeles, London, New York and San Paolo, and continues his artistic career with great expressive freedom and coherence. Emiliano always stands out for his sense of colour, that identifies him as a true successor of pop-art and graffitism.

Jo Hamilton, creative director at Jo Hamilton Interiors, is widely regarded as one of the UK’s leading interior designers, noted for her confident grasp of colour, intelligent use of space and luxury aesthetic. She is also a respected public speaker, broadcaster and columnist. London-based Jo has been running her own interior design consultancy since 1995 tending to high-end projects internationally.

Jorge Luccas is a Visual Artist based in London who dedicates his time exploring the value of the word ‘Joy’ and questioning our illusional notion of humanity. His artworks are portraits of society, capturing their essence as human beings in an absolute state of happiness and harmony, defined by the artist as ‘State of Joy’.

Lauren was inspired by the transformative qualities of beautiful clothes and the process in which they are fabricated, like a performance, to create art. After working with the fashion houses of Mary Katranzou, Hussein Chalayan and Alexander McQueen she launched her own brand creating a range stunning lifestyle products that are a pure expression of this synergy.

A true Milanese, Nicola attended the Faculty of architecture at the acclaimed Milan Polytechnic. He set up his studio in 1999 and with his expanding team, he works on multidisciplinary design avenues. He is a recipient of many international awards amongst the esteemed ‘Good Design Award’ and Wallpaper* Magazines’ DominoNex for his furniture. 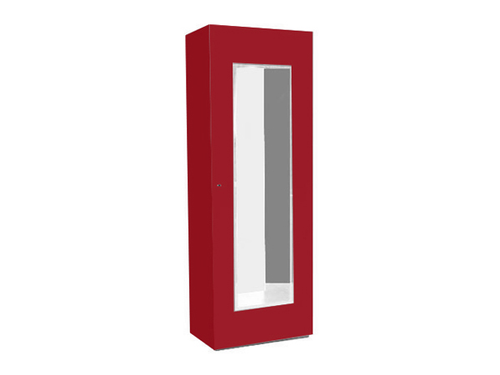 Francesco and Sara are live and work in Florence; he as an architect, and her as a textile designer. With a shared design vision, they created STUDIOFORMA in 2016 with the desire to create unique concepts based on the simplicity of nature. They have a personal vision of beauty that they find in the unexpected qualities revealed in an acute attention to detail.

Both Japanese designers with a broad work experience in architecture, interior and space, product, industrial and packaging design. They opened their design studio in 1997. They have received numerous international design awards such as “Compasso d’ Oro” (IT).

Sophie’s design career spans theatre costume design, accessories, fashion and textiles. She worked with English National Opera and couturier Catherine Walker before starting an accessories brand stocked by Liberty, Selfridges, Harvey Nichols and Browns. In 2015, she founded Longstaff Longstaff, a brand of luxury, silk loungewear. Customers fell in love with her prints and so by popular demand, she has produced her first daywear collection.

Staffan and Filippo head the product design division of Tollgard Design Group, a Londonbased multi-disciplinary studio that works globally on interior projects and product design. Born and raised in Stockholm, with an early career in film-making, Staffan’s passion for story-telling has manifested itself through his interior design projects as well as in his product design ventures. Filippo Castellani was born in Pisa, educated in Florence and trained in Milan.

Gian Maria is Creative Director of RubraStudio. com, an agency specialized in multimedia communication. He has been working on projects related to visual communication for 10 years, specializing in Brand Identity and Visual Design for multimedia projects.

Founded in 1989 by Gianluca Rossi with the name GLR Architects, became UAINOTarchitetti in 2009; we are a working team that deals with creativity, started with architecture, now embrace the entire design world, ephemeral architecture and graphics; both nationally and internationally. Over the years we collaborated with many different realities, such as Giorgio Armani Hom.

Baboon will be part of the Design Junction in September 2019

Baboon will be part of the Design Junction in September 2019